Professional Women's Network ⁄ Events ⁄ Women on the Frontline in Hawaii: Disaster Relief Efforts During a Pandemic

Women on the Frontline in Hawaii: Disaster Relief Efforts During a Pandemic 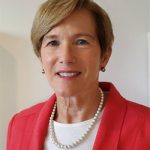 Previous to being the American Red Cross Regional CEO for the Pacific Islands Region, Diane Peters-Nguyen served as Chaminade University’s Vice President of Advancement, overseeing development, communications, alumni engagement and the Office of Native Hawaiian Partnerships. Diane serves on several advisory boards including the Salary Commission of the City and County of Honolulu and the Friends of the East-West Center. She is the current president of Hui Hanai and previously served on the Kamehameha Scholars Advisory Board, the Native Hawaiian Hospitality Association Board, and the Kamehameha Schools Alumni Association Board. 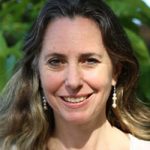 Maria Lutz has been working with the American Red Cross Pacific Islands for the past 28 years in various disciplines including the last 16 years serving as the Regional Disaster Officer for the Pacific Islands. She has actively served on many state committees for disaster preparedness and response and chaired the Hawaii State Voluntary Organizations Active in Disaster (HSVOAD). She has led many local disaster-relief responses for Red Cross in the Islands including the Hawaii Volcano Lava Flow operation, mass casualty events such as the Sacred Falls landslide, Dillingham Airfield accident and many ramp-ups for tropical storms and flooding events. Maria holds a BA Degree in Peace and Conflict Studies from the University of California, Berkeley. She and her husband and two children live in Honolulu.

Guests are welcome. Please RSVP now to Carol@440int.com so we can send you the link and pw to join this PWN Zoom Lunchbreak. Sign in between 11:30 and noon. The meeting runs noon – 1:30 p.m.